It all began with a legal battle between UC Berkeley and Save Berkeley’s Neighborhoods, a community group that sued the University over its expansion plans, invoking the California Environmental Quality Act. The community group alleged that UC’s expansion plan was creating a housing crisis in the area and was making it impossible for poor students to attend University. In that case, an Alameda County Superior Court judge ordered Berkeley to reduce its headcount by 3,050 students. 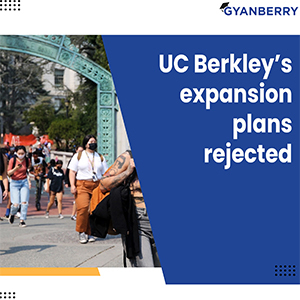 After the Court ordered the cap, the University of California Board of Regents appealed the decision and asked the court to stay the order, as admission season was soon approaching. The appeal was denied in mid-February, compelling the regents to seek relief from California’s Supreme Court. The California Supreme Court declared that it will not review the case, denying the University of California’s appeal to overturn the enrollment cap. Berkeley previously said it will send out at least 5,100 fewer offers of admission, citing yield rates, in order to meet the ordered enrollment cap.

“We are extremely disheartened by today’s ruling by the Supreme Court of California, which leaves intact a lower court order that will reduce and then freeze enrollment at 2020–2021 levels and prevent thousands of students who would have been offered in-person admission to the University of California, Berkeley, this fall from receiving that offer,” UC Berkeley spokesperson Dan Mogulof wrote in a statement.