The government of India and Australia have agreed to set up a task force to enhance degree and qualification recognition between both countries. 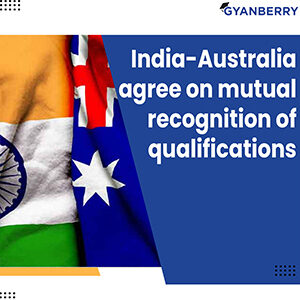 India is a major contributor to the higher education industry of Australia. More than 16% of Australian study visa holders are Indians.

The mutual agreement between both countries will primarily give better recognition of qualifications and microcredentials of Indian students returning from Australia. In addition, it will give India a better scope of reaching its goal to have 29 million extra skilled workers by 2030.

Furthermore, the agreement will allow for enhanced collaboration between universities and industries alike. Exchange programs, university admissions, and graduate employment will be far more convenient after the plan is set up.

Universities Australia, a key higher education body with 39 member universities, has welcomed the move, opining that it will distinctly benefit Indian and Australian students.

The plan is still in its early stages, and will be effectively launched by 2023. An additional A$7.8 million fund has been set up by both governments to facilitate the project.