How important are international students for Canada’s higher education industry?

At the Canadian chapter of ApplyBoard’s Educate the World Conference, Sean Fraser, the minister in charge of immigration, refugees, and citizenship, highlighted the pivotal role played by international students in Canada. Several key players of the education sector were part of this prestigious conference held on March 10th and also emphasized the rising need to adopt a more ‘student-centric’ in wake of the pandemic. 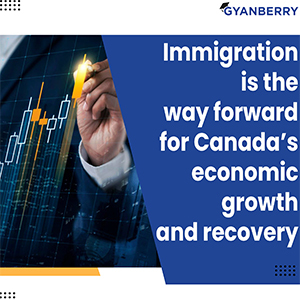 Having been an international student in the Netherlands himself, Fraser talked about the positive economic growth that is driven by international students. Sources quote him as saying that requisite steps are being taken by the Canadian government to ensure that the country remains the top chosen destination for ‘extraordinarily talented’ international students. He believes their contribution can do wonders for the economy and foster a sense of community.

Academic experts including directors from esteemed private colleges and university associations, alongside giants like Languages Canada and Universities Canada, CICan, CAPS-I, and CBIE, shared the same sentiment. After Covid’s devastating impact on education and the economic growth of Canada, ‘immigration is the way forward’ seemed to be the take-home message of the conference.

According to Bonnie McKie, the executive director of CAPS-I, ‘they have to continue to build on the positives, and attract new markets that have previously not shown an interest in Canada’. Gonzalo Peralta, head of Languages Canada said, “It’s so important to get out there – we couldn’t have asked for a better position emerging from the pandemic”. This is why the government is looking at a potential residency pathway for students as a means to attract 400,000 new permanent residents annually. These global residents will contribute greatly to the Canadian workforce and be a huge asset to the country’s development.

However, on-campus learning was forced to deal with a severe blow during the pandemic. Scholarships as recruitment tools that will optimize digital and growth strategies are being mulled over as a plausible solution, now that a sense of normalcy is being restored. “What we need to ask is how do we take the best bits of online learning to invigorate in-person learning?”, was the question of the hour put forth by Paul Davidson, the president of Universities Canada.

When the education sector suffered greatly due to Covid, online resources became a gamechanger. According to Paul Davidson, ‘the sector moved 10 years in 10 days’. Although experts acknowledge that there is no substitute for offline learning, institutes demonstrated great resolve and teachers quickly adapted to new methods of teaching, which was a commendable feat.

Directing the conversation back to immigration, Sean Fraser stressed the importance of involving international students in the Canadian workforce. Since most international students work part-time and have accumulated sufficient work experience in Canada, they can easily apply for permanent residency after the completion of their course. Demanding sectors like tech and healthcare now require more specialized personnel than ever before, and international students can take on these roles effectively to fill the void in these industries.

These incentives come after a difficult period for international students. Most international students lost their part-time jobs as a result of lockdowns and business closures during the pandemic. This affected them financially to a great extent and many young minds had to move back home during this time. The Canadian government tried its best to soften the blow by allowing these students to work over 20 hours per week off-campus during an academic term.

Now, it is undoubtedly true that things are improving as in 2021, Canada welcomed over three hundred thousand international students from across the globe.

However, every student coming to Canada for higher education will not be willing to settle in a foreign country away from their homeland. Moreover, the Canadian immigration system would also struggle with the sheer number of students applying for residentship status. If the government started accepting every application they received, they would no longer have the resources to resettle anyone else via economic or humanitarian channels.

But, to make permanent residency even simpler for international students, Martin Basiri requested Sean Fraser to solve ongoing visa processing issues that were plaguing Canadian immigration pathways. As one of the co-founders and CEO of ApplyBoard, Martin too has played an instrumental role in enhancing the quality of education that is available to international students. Once these visa issues are dealt with, immigration to Canada will become a seamless process.

International students will be welcome to stay back and explore working in Canada, contributing directly to the country’s economic recovery and long-term prosperity.