According to the FBI reports, 57 bomb threats have been made since January 2022 targetting Historically Black schools, places of worship, academic institutions, and other faith-based institutions in the US. 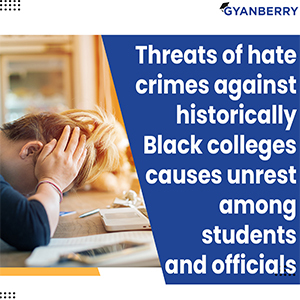 The threats have been made via email, phone calls, text messages, and anonymous posts online. While no bombs have been recovered at the college campuses that were shut down following the threats, the FBI is treating these cases with utmost importance.

FBI agents are collecting electronic evidence and conducting hundreds of interviews to catch the responsible parties behind these threats. In February the officials said as many as 6 juveniles are suspected to be linked with the threats.

Virginia Gov. Glenn Youngkin is seeking funds from the General Assembly to safeguard and notch up the security levels at historically Black colleges after recent bomb threats were made against Norfolk State and Hampton universities.