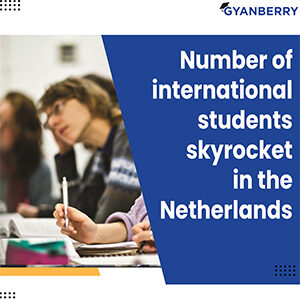 The increase in popularity of studying in the Netherlands is owing to many factors, some of which are:

Reports show that a quarter of first-year students at Dutch universities come from abroad. 72 percent of the students in Dutch higher education are from the EEA (European Economic Area) excluding the UK. Experts suggest that Brexit and UK universities charging EU students regular fees is a major cause behind the growth of EEA foreign students in the Netherlands.

According to the data released by Statistics Netherlands for 2021/2022, the total international student population comprised 80.4 thousand university (WO) students and 34.8 thousand HBO students.